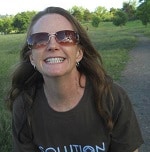 Mary Of The Heartland

Mary’s wanderlust has taken her to Missouri, Arizona and, now, to Eugene, Oregon where she has declared to finally be home. “So this is what it feels like to be where you belong? I love it!”

Along the way, she added to her brood for a total of 3 kids: Connor, Kat and Jack, each of whom contribute to her playlist during her shift on Sunday afternoon. Love of music is a family affair.

When she’s not playing taxi for two teenagers, she can be found hiking around local waterfalls, whale-watching on the Oregon Coast, rafting in the McKenzie Wilderness or playing ice hockey.

Steve is the former minority owner of the original KFMH-FM (99.7), on air personality at various other stations KSTT, KXEL, KJJY, KLEU, and KWPC.  After Many years of hearing,  “We miss KFMH”, Steve and current partner Tom Suter decided to do a reunion show in hopes of raising enough funds to bring KFMH back. Fast forward a bit and voila!….. 99pluskfmh was born and is now hosted on Tune-in Radio and can be heard worldwide on any internet device. Listen to Captain Steve mornings on KCJJ and on the Blues Zone Saturday nights on KFMH!

Steve was given a Lifetime Achievement award by the Iowa Rock and Roll Hall of Fame. 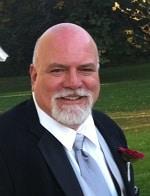 Jim worked at the original KFMH from 1990 to its unceremonious demise in 1994. He spent another 12 years in radio until being unceremoniously downsized in 2007. Now he anchors the afternoon shift weekdays, hosts “And Now For Something Completely British” on Saturdays and “Stoned On Sunday” on, well, you know. 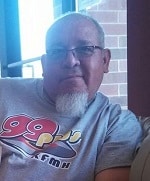 Monday thru Friday night expect to catch me (Roberto) playing songs I remember as a faithful listener in the early 99PLUS days plus new music that your new PIRATE RADIO is now offering!

In the early 80’s KFMH made greater efforts to separate themselves from the rest of the FM radio dial with Kerry Peace creating and hosting Off the Beaten Track which presented Alternative and Punk rock not heard anywhere else. Sunday Evenings just after 7PM, I am the current host of this great show. I saw this quote “Cast not your pearls to the swines” and i feel that is why OTBT was created and I continue to play music for those who will not reject it for listening and having an open mind.

I enjoy quotes and I leave you with this: “You create a community with music, not just at concerts but by talking about it with your friends.” David Byrne

A native of the Chicagoland area, Tom Maicke started with KFMH in 1990 doing weekend overnights while attending St. Ambrose University in Davenport, Iowa. After he graduated in 1992, Tom took over the evening air-shift at The Plus and would have never left, if wasn’t for that fateful day in March of 1994.

Soon after KFMH closed its doors, Tom worked part-time at Power 98.9 in Rock Island…a job that has left scars on Tom’s soul until this very day. Less than a year later, after going insane from Top-40 madness, Tom went back to work for Captain Steve on his new AM station in Iowa City, 1560 (now 1630) KCJJ. There, Tom was the afternoon news anchor and Production Manager. In 1997, Tom left KCJJ, married his beautiful wife Lisa and moved back to the Chicagoland area where he is currently a Union Electrician.

“I couldn’t be more proud than to be a part of the resurrection of one of the most legendary radio stations in the country. 20-years-ago, we were the station that turned our listeners on to the cool new music that nobody else would play because it wasn’t ‘popular’. Since we returned, I’ve had people tell me that back in the day, KFMH turned them on to bands like The Clash and The Replacement’s …how cool it that?! It’s my goal to continue that Pirate Radio tradition well into the future on 99pluskfmh.com.”

Tommy Lang was born and raised in Iowa City, and lived across a cornfield from our sister station, 1630 KCJJ, until he was seven years old. Then he grew up two blocks from the original 94.1 KRNA studios in Iowa City. Maybe that’s why he became such a fan of Eastern Iowa radio. That included mornings listening to Captain Steve and Jim Hunter while laying out his high school paper at Regina High School.

That love of radio turned into a career when Tommy started working at the University of Iowa student station, 89.7 KRUI, during his senior year in high school and throughout his college career. That led to a short stint at KCJJ before moving on to 94.1 KRNA in Iowa City/Cedar Rapids for over a decade. Captain Steve reclaimed Tommy from the corporate radio scrap heap and brought him back to KCJJ in 2005, and in 2016 he joined The Plus as the morning guy. The rest…is history.

If you have a request for the Block Party Breakfast (6-7am) or the rest of his show, send Tommy a message on Twitter: @tommyKFMH.

Bill grew up listening to the legendary KSHE in St. Louis and spent many years in Quad City radio before going into marketing at John Deere. Now retired, Bill and his wife Amy live in Chattanooga, Tennessee. His impressive knowledge of music over the decades makes his shows must-listens! 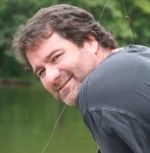 Patrick O’Leary: Patrick lives in St. Louis and has always loved Jam bands, which is why he hosts “Jam Packed” on KFMH! He has an impressive collection of soundboard recordings from a wide variety of artists and shares them with us every Sunday afternoon. He hooked up with KFMH thanks to his good friend Mary of the Heartland!
Patrick is an IT specialist in real life.